Bobby's Delightful Burgers is a burger joint that all employees are family related, and they have their family secret sauce.

There sauce is like no other, it consists of some secret imgrediants. And only 3 people know of what the sauce contains. The main cook, the owner, and the mother of the owner. She is the one that made the sauce. 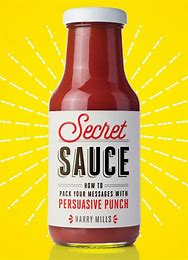 There is a little backstory behind why they made the restaurant. The owners mom, always made burgers for her husband becuase he was always wanted to eat burgers. Some people would joke that his diet consisted of only burgers. One day his wife made him a secret sauce and he then refused to eat burgers without it. But when he passed his wife had all this sauce she had made before but she wasnt able to use it anyone and so she thought about throwing it out. But the family decided that they should put use to it. And so they made the name of the restaurant in dedication of his name.

There also happens to be a backstory on the sauce that they made. The mother of the owner had used certain ingrediants from other relatives secret dishes. She mainly had her own ingrediants but there were a few ingrediants that were taken from other dishes from other grandma's. This caused a sort of backlash in the family, most of them found it rude and disrespectful. This caused the family to not see each other for years, but once the husband of the owners mom passed everyone came together and forgave each other. They now use the sauce every time they are together and have burgers.

There menu consists of not only just burgers but hot dogs, salads, and a few selection of sides. They can make any combo of burger you would like, or any type of toppings you would like on your hot dog. There sides are, fries, chips, side salads, green beens, mac and cheese, coleslaw, grits, fruit cups. They have any type of coke product, and a wide variety of beer.

They also have a dessert menu, which includes sundaes, milkshakes, ice cream, small cakes, and root beer floats. They have daily specials from monday to sunday. On sundays you can make any combo of dessert you would like for half the price. On Mondays you can have a buy one get one free. Tuesdays you can get limited toppings for sundaes or ice creams. On Wenesday you can customize your own cake. Thursdays you can get special flavors for your milkshakes. Fridays are you can pick any two desserts and get one of them free. And on saturdays desserts are free.

They also allow you to make reservations on every day except sundays, all you have to do is call their number and they should be able to get you in at any time that is not already taken.